Tom Gallant disrupts the language of collage through intricately handmade works prepared using digital techniques. Whether using cut paper, ink wash or graphite pencil each stage of the process is tied to the original concept and the final framing is no exception. Darbyshire’s longstanding work with Tom Gallant has often involved technical and creative collaborations to support the artist’s visions. His new body of intricate drawings and their frames exemplifies the potential to transform the craft into a joint conceptual framework.

Gallant appropriates images and motifs that connect to man’s inhumanity and its influence on visual culture. His background in illustration and printmaking has influenced his fascination with the didactic image and the dissemination of ideas through the various industrial revolutions, from the industry of organised religion to the printing press and the loom. Gallant has constantly placed research and the analysis of literature at the core of his practice and the psychological, social and cultural influences on the narrator and the reader.

In 2001 Tom Gallant held a fellowship at the Royal Academy Schools, followed by a residency at Stichting B.a.d, Rotterdam in 2003 and his first solo show at Museum 52 in 2004, Collector I. Gallant’s work is included in many major international collections and his recent exhibitions include Audacious, Denver Art Museum, Denver, Manus x Machina, Met Museum, New York City and Turkish Tulips, Bowes Museum. He is currently working towards a major public art installation in Berwick Street, Soho, London.

Music is the connective tissue that binds groups, tribes, religions and races to a language of persecution; from plantation songs and mill workers ditties to Wiccan and Haitian Vodou ceremonies. Culturally music has often been represented as a diabolical practice used to lure the innocent to sin, whether as Pan’s pipes or Rudolph Maté’s use of jazz in D.O.A.

Robert Burns, like the Grimm Brothers in Germany, was recording folk songs and traditions as a means of redefining a national identity. We now face the precipice of nationalism threatening to destabilise Western Europe and old Nick sits in the corner and plays on… Tom Gallant

He scre’d the pipes and gart them skirl,
Till roof and rafters a’ did dirl.–
Coffins stood round, like open presses,
That shaw’d the dead in their last dresses;

He screwed the pipes and made them squeal,
Till roof and rafters all did ring.
Coffins stood round, like open presses,
That showed the dead in their last dresses; 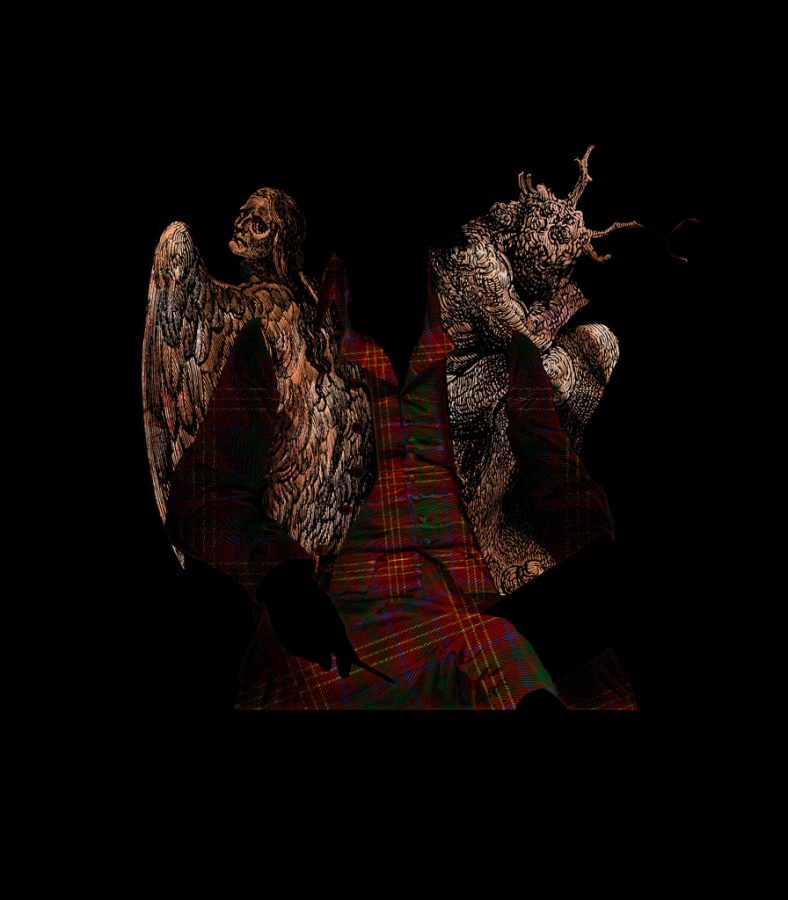