Originally from Scotland, currently based in Belfast, Laura Graham is a qualified solicitor in Scots and Northern Irish Law and brings her former profession to bear in narratives involving justice and inequity, exploring allegory as a device for uncovering uncomfortable truths. Presently working with film, sound and text, she creates installations that investigate issues of embodied trauma and injustice using documentary evidence, historical, contemporary, and imagined.

Laura challenges the premise of Tam O’Shanter, arguably Burns’s most famous poem, inviting the possibility that the Scottish bard was too quick to mock superstition and a fear of witchcraft.

This audio/visual installation introduces the idea that there were other eyes and ears on the night in question, those of the ravens, Huiginn and Munnin, from the Eddas of Norse mythology. Their names translate to “thought” and “memory”, and their job is to serve as Odin’s spies, bringing him news each night from the land of men.

By illuminating their intelligence, shown to be just below that of the average human being, French anthropologist Claude Lévi-Strauss proposed a structuralist theory that suggested the raven obtained mythic status because it was a mediator between life and death.. These birds frequent graveyards and derelict churches, and are seen world wide as a symbol of eternal life, a link between heaven and earth

In Carmina Gaedelica, Alexander Carmichael observed the curious antics of ravens in what he described as a “Raven’s Quadrille”

“On a small elevation hard by stood (a) large, noble-looking raven; probably the Maccrimmon of his race, and piped a port-a-bial loud, fast and furious. To this all the other ravens responded by running and hopping and jumping rapidly and regularly from certain points in two opposite directions. “they reeled, they crossed,”………… like the witches in Old Alloway Kirk-yard.’ 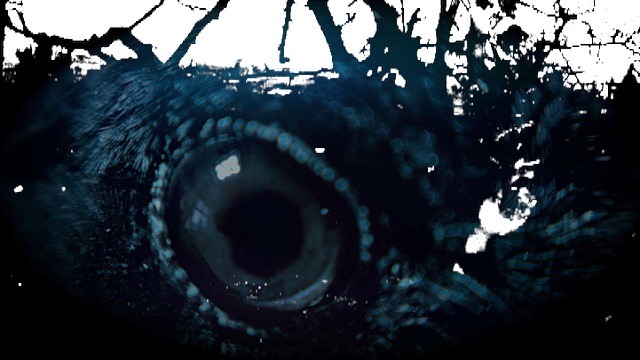 Raven’s Ravin II- The Spell has evolved from its’ original site-specific form in the Alloway Auld Kirk, expanding to include additional sounds and imagery, playing with the idea of the birds intelligence. Overlying the audio soundscape is a mantra, a spell, immersed so deep within the sounds as to be almost wholly expunged, the wavelength of the spell, however, remains, accompanied by video footage of an unkindness of Ravens, suggesting we ignore the signs in nature at our peril.