Harland Miller is both a writer and an artist. He was born in Yorkshire in 1964, has lived in New York and Berlin and currently lives and works in London. Recent solo exhibitions include the Baltic, White Cube and Ingleby Galleries. Group exhibitions include Royal Academy, London (2006, 2005), Kunsthalle, Mannheim (2004) and the ICA, London (1996). Miller achieved critical acclaim with his debut novel, Slow down Arthur, Stick to Thirty, (2000). In 2001 Miller produced a series of paintings based on the dust jackets of Penguin books. By combining the motif inherent in the Penguin book, Miller found a way to marry aspects of Pop Art, abstraction and figurative painting at once, with his writer’s love of text. Miller continues to create work in this vein, expanding the book covers to include his own phrases, some hilarious and absurd. Miller was the Writer in Residence at the ICA for 2002. 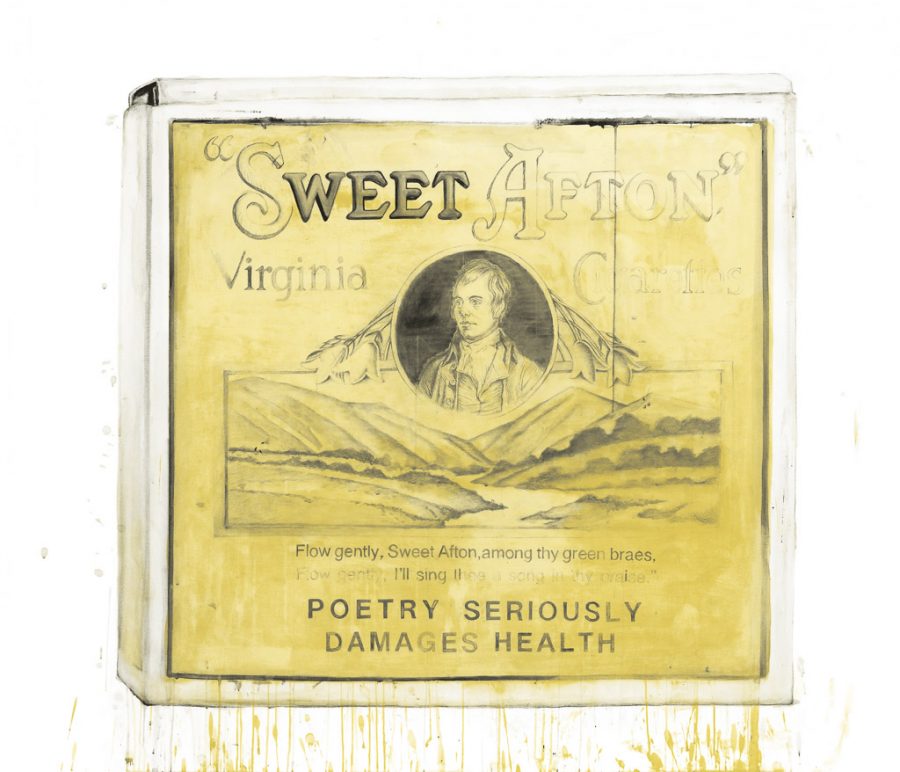