Greg Moodie is a graphic designer, cartoonist and writer. He studied Fine Art at Duncan of Jordanstone College of Art and Design, Dundee. As well as being The National newspaper’s resident cartoonist, he is the author of three collections of cartoons: Greg Moodie Versus The Union, Election Dissection and Striptease, as well as Borrowing Burns, a semi-fictional or ‘factually dubious’ account of the making of his series of Tam O’ Shanter murals. 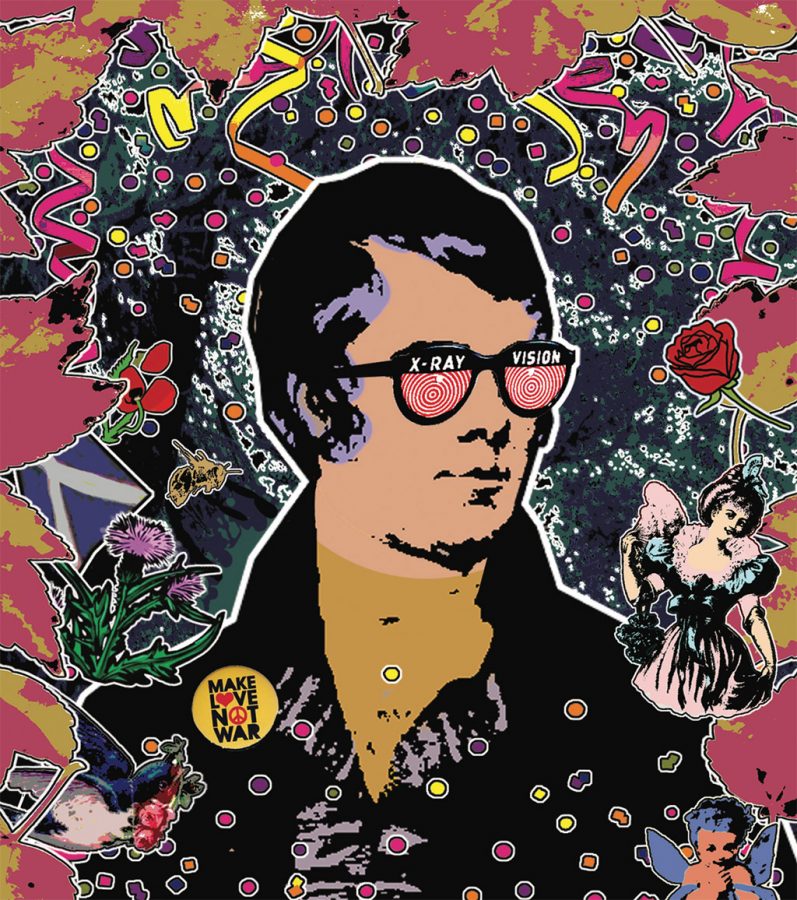 Following is the text about Burns which will appear in Greg’s forthcoming book ‘Cool Scots’.

Widely regarded as Scotland’s national poet, Robert Burns was a farmer’s son who grew up in poverty in Alloway, Ayrshire. The young Burns experienced more than his fair share of hard manual labour and it’s entirely understandable that he would soon want to turn his attention to poetry, drink and women at the earliest available opportunity. I know I would. His first published collection of verse made him famous across the country and set out many of the themes which would go on to dominate his work: Scottish identity, poverty, egalitarianism, and the wonders of being an Olympic-standard debaucher. Almost as famous for his carousing and sexual relationships as for his work, Burns was untroubled by contemporary ideas of morality and even today would probably be referred to colloquially as ‘a dirty shagger’. Amongst the best-known works to spring from his prolific pen are ‘To a Mouse’, ‘A Red Red Rose’, ‘Auld Lang Syne’, and the long-form narrative poem, ‘Tam O’ Shanter’. Burns scholars tend to downplay his association with The Merry Muses Of Caledonia, a notorious collection of bawdy verse, but I can’t imagine why. ‘Short and thick, does the trick’ is the most wonderful couplet. Though he chiefly wrote in the Scottish dialect, his work transcends international boundaries and continues to inspire Burns clubs and societies around the world, as well as musicians and performers. His birthday, January 25th, is still celebrated each year with poetry, songs, whisky and haggis, which is quite delicious despite what’s in it. Burns crammed more into his 37 years than most of us could in several lifetimes. Amongst his last recorded words were “I have not been idle”, a phrase which, in terms of understatement, takes some beating.

From the forthcoming book ‘Cool Scots’ by Greg Moodie