David Begbie was born in Edinburgh in 1955. He is world renowned for his innovative steel mesh sculpture which is exhibited, collected and imitated globally. He discovered the properties of his medium as a student at Winchester in 1977 and developed the idea as a post graduate at the Slade School of Sculpture, University College London. Begbie continues to be both inspired and challenged by the unlimited and inherent possibilities of his medium, and has literally invented and developed a unique art form and visual language. Using strategic lighting to create supremely optical compositions of line and form, each transparent sculpture has a greater palpable presence than the space which it occupies. Begbie offers movement whenever there is any shift of light so much so that these pieces can sometimes have an interactive element. He sets up a paradox by creating from this cold industrial material, delicate, sensual and powerful work that is completely contemporary, but which ultimately is timeless. He lives and works in London. The inspiration for many poems, including “The Lass of Cessnock Banks” was Alison Begbie, the woman who Burns’s sister Isabella claimed was the love of his life. Very little in fact is known about Alison, save that Burns met her in the 1780’s near Lochlie in Ayrshire and that he proposed marriage to her, but was rejected. It is not entirely certain that Alison Begbie and David Begbie are directly related, but it is likely that a family connection does exist.

“I am proud to be Scottish, and Robert Burns is certainly Scotland’s most famous poet. This, combined with his relationship with Alison Begbie, his first real love and the inspiration for many of his works, over two centuries later, inspired me to create this portrait.” – David Begbie. 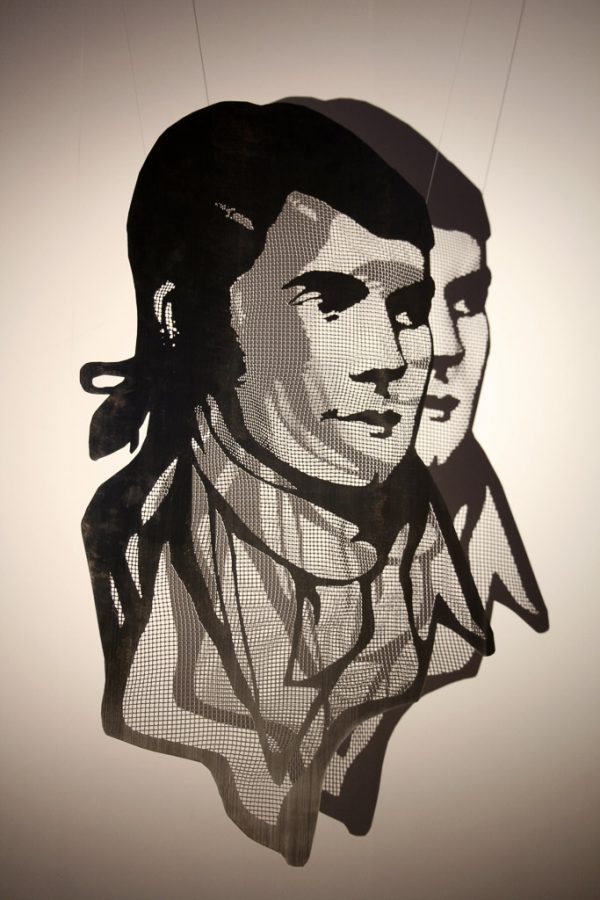