Catherine Sargeant is a visual artist who finds the inherent beauty of words fascinating, especially as we are saturated with text and communication in every aspect of our lives. Catherine aims to take this and create works that will simultaneously calm and question the viewer. She often works in series on various scales and surfaces such as robust textural slate and delicate papers. Painting, screen printing, bookmaking and installation are all integral to her practice and she frequently starts her art works with sketching using typewriters and traditional letter stamps.

Sargeant’s text works utilise people’s favourite words and also the private languages that various groups use. The works of Robert Burns is an ongoing source of inspiration.

Graduated from Edinburgh College of Art during its Centenary year with a 1st class BA(hons) in Drawing & Painting and became the first recipient of WASPS new graduate award. Based in Edinburgh she creates her artwork in Patriothall studios and Edinburgh Printmakers. Sargeant is a tutor at Leith School of Art, and a professional member of Society of Scottish Artists. 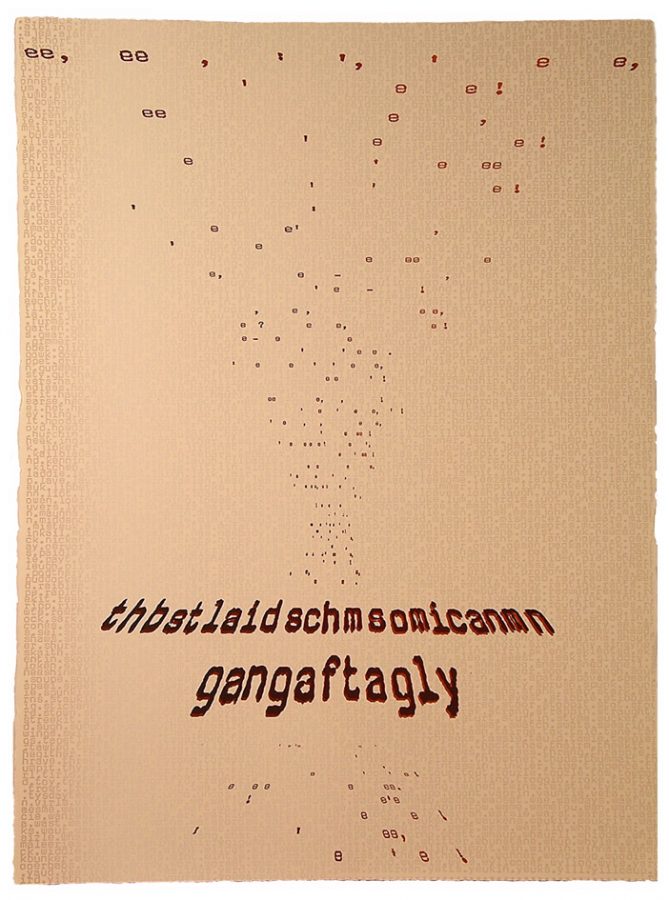 Burnes ‘drop the e’ references the poem ‘To a mouse’ juxtaposing it with the fact that Rabbi Burns’s father spelt his surname Burnes. Only the letter e has been used in the poem except for its most famous line when the letter e has been omitted. Why, when and for what reason the ‘e’ was dropped remains a mystery. Suggestions regarding Rabbis lifestyle may be alluded to in the title.

‘Tirl’ takes the words from  ‘Now westling winds’ and strips them back to basic, these have been wrapped around the swirling initials of Robert Burns based on his own handwriting. Catherine Sargeant