Brigid Collins is an artist, illustrator and educator. She runs creative workshops for all ages and, for many years, worked as a lecturer at Duncan of Jordanstone College of Art, in Dundee, Scotland. Collins now teaches at Edinburgh College of Art and Leith School of Art and makes art in her studio at Albion Business Centre in Edinburgh.

Collins is passionate about forging a relationship between images and poetry, creating paintings and assemblages in 2 and 3D, often in collaboration with writers, poets and other artists. Underpinning her work is the joy of making things – handling materials and responding to their unique qualities and capabilities.

Publications have included ‘Room to Rhyme’ (2004) a lavishly illustrated edition of the text of a speech given by the poet, Seamus Heaney, “a place where thought happens…” (2006) an Artist’s Book with poet, Larry Butler and jewellery designer, Teena Ramsay and “For A’ That” (2009) an anthology of contemporary writing made in response to Robert Burns, with contributions from Janice Galloway, Kirsty Gunn, Bill Manhire, DBC Pierre and others.

For A’ That: A Celebration of Burns

Journeying into the ‘Land of Burns’ with these writers has been an experience rich in creative inspiration, my way being marked by a variety of insightful pointers found within the poems, stories and essays written for the anthology, “For A’That”. Certain of these pointers were to reveal themselves to me with relative ease, with others proving to have a particularly slow burn – the process of following each affecting equally the development of my visual response to the texts.

That Burns has been endlessly and shamelessly commodified, labelled and categorised – a negative aspect of his legacy, in many respects – has actually served to inspire the structure of some of these artworks, in terms of determining how they were to be constructed. From early on in the process, I knew that I would make layered labels and that these would also be numbered and categorised.

Categories for the labels were readily gleaned not only from the responses to Burns by the writers contained in this book – his life and his work – but also from the vast array of material that has built up around him – his reputation – their layering reflective of the stratified effect with which the reputation of any such icon can be seen to have emerged, over time.

Through this process of visually and textually ‘labelling’  him, I am also referring more specifically to observations made by both Janice Galloway and Christopher Whatley, that Burns has been the subject of seemingly tireless projection and over-simplification by a nation in need of a secure and singular national identity whose character, as witnessed in his writing, is revealed to be (as ever) far more complex than the identity that has been constructed around him – the creation of the brand that is our national poet. 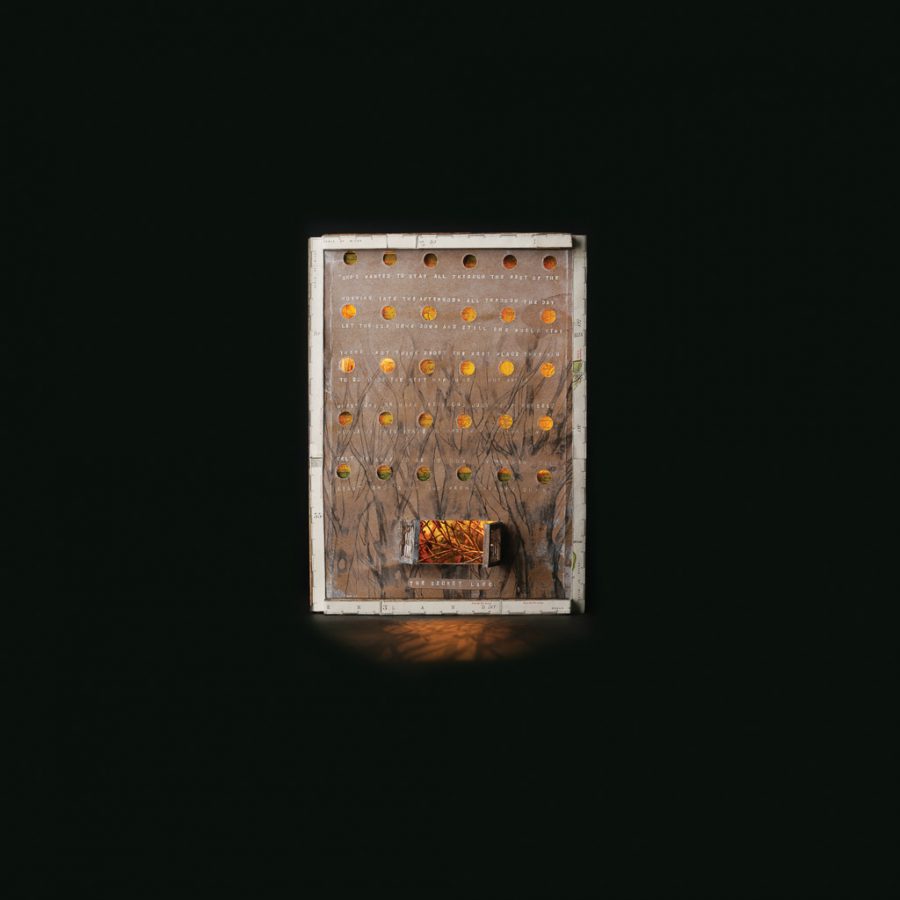 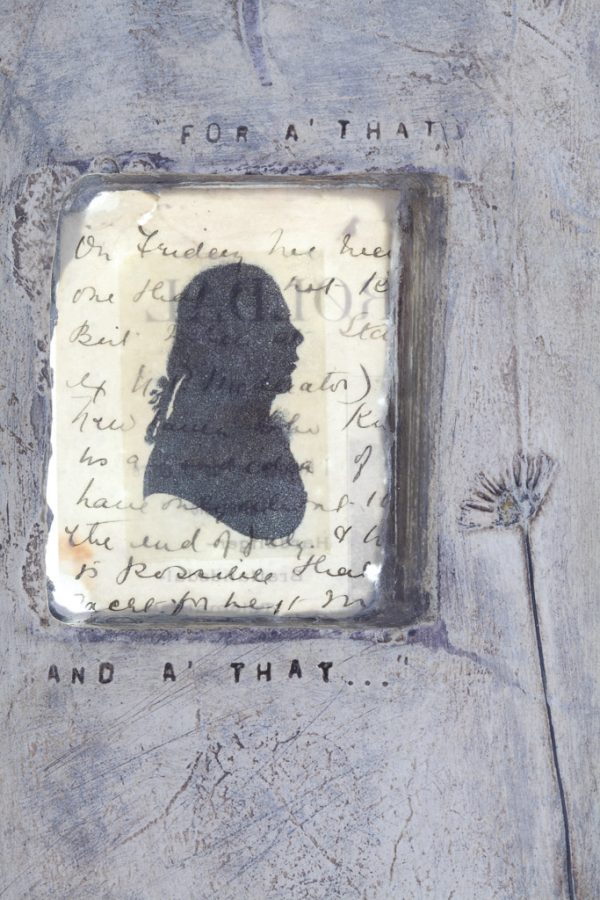 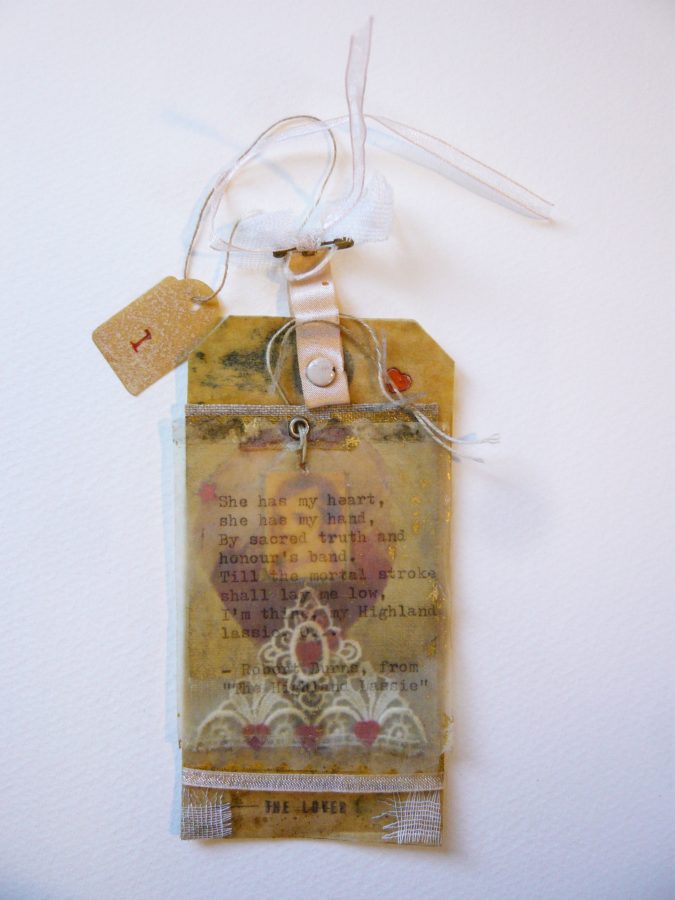 3. Labelling Burns (x6)
These are slightly variable in size but all are approximately: 6cm wide x 21cm high