Constantly in demand for his powerful and sensitive portraiture, Newley has produced iconic portraits of leading figures in film and literature, including Oliver Stone, Billy Wilder, John Barry and William Goldman. Newley’s portraits of Gore Vidal and Christopher Reeve are in the permanent collection of the National Portrait Gallery in Washington DC at The Smithsonian. His celebrated full-length portrait of Sir Nigel Hawthorne in character as mad King George III is in the permanent collection of the V&A. His monumental portrait head of Abraham Lincoln was acquired by the Lincoln Museum, in Lincoln, Illinois.

‘Burns worked for beauty, love and justice, and in so doing he celebrated life. I’m happy to be part of an exhibition inspired by his generosity of spirit and the continuing relevance of his words. Poetry, though it struggles in our time, still survives through infinite incarnations to speak the truth that will save us.’ Alexander Newley 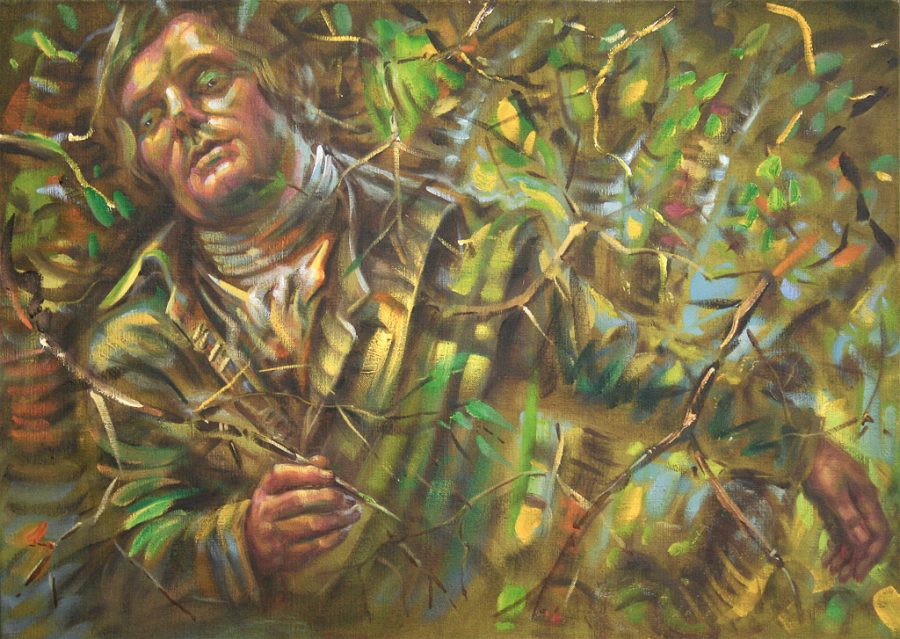